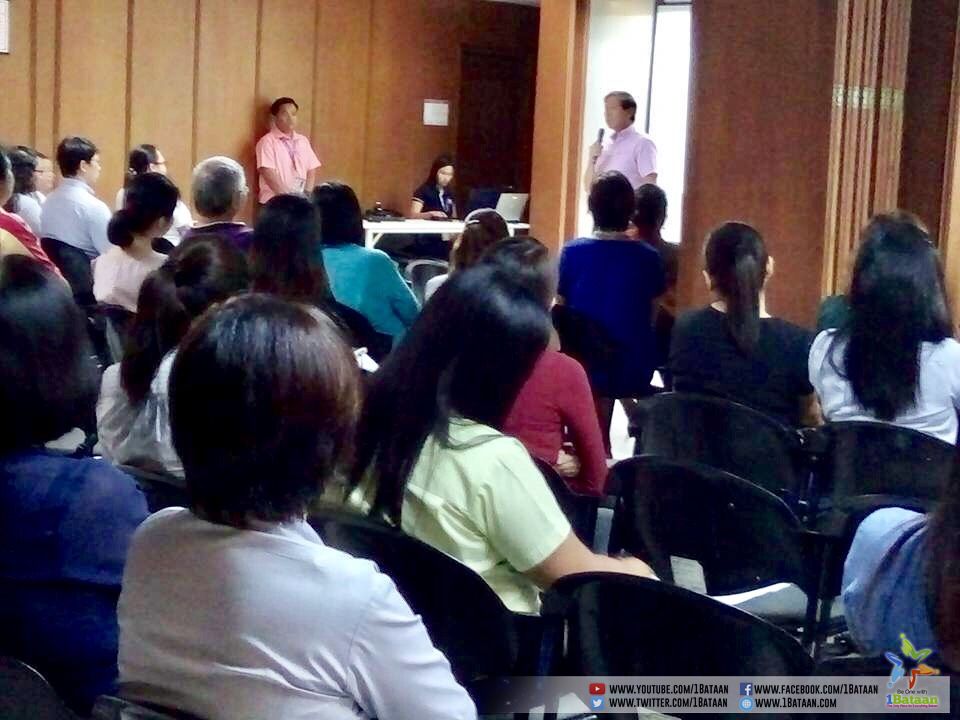 FREEPORT AREA OF BATAAN – Some 40 locators of the Freeport Area of Bataan (FAB) were recently oriented on Department Order No. 174-17 by the Department of Labor and Employment (DOLE).

Dione said that the orientation aims to provide information and a better understanding on the salient features and changes of the amended Department Order (DO).

“The amended DO will serve as guide in identifying the non-permissible or illicit forms of employment arrangements that undermine the constitutional and statutory right to security of tenure of workers,” Dione explained.

DOLE Med-Arbiter Atty. Remedios Vegim-Teves kicked-off the orientation with an overview and comprehensive discussion on DO 174-17.

Vegim-Teves highlighted the DO’s new provisions which include the increase in substantial capital from P3 to P5 million, as well as the increase in registration fee from P25,000.00 to P100,000.00.

Another major provision Vegim-Teves noted in the amended DO is the shortened validity of the registration of contractors/subcontractors, that is, from 3 years to 2 years.

Vegim-Teves noted that the amended DO also thoroughly explains the prohibition of labor-only contracting (LOC) and likewise specifies other illicit forms of employment arrangements.

“The existence of LOC is evident if contractor does not have substantial capital or investments in the form of tools, machineries, supervision, work premises, among others, and its employees recruited are performing activities which are directly related to the business of the principal. In addition, contractor/subcontractor does not exercise the right to control over the performance of the work of the employee,” Vegim-Teves, explained.

Some illicit employment arrangements Vegim-Teves cited include farming out work through “cabo” and contracting out a work through in-house agency or in-house cooperative by merely supplying workers to the principal.

Other illicit employment arrangements are contracting of work by reason of strike or lockout and requiring contractor employees to perform tasks performed by regular employees of the principal.

Dione, who was accompanied by DOLE Assistant Regional Director Geraldine Panlilio, took turns in answering different questions raised by locator-representatives during an open forum on the amended DO.

Panlilio capped off the open forum by urging all FAB locators to adhere to the amended rules of the DO through voluntary compliance.

“The FAB was bestowed with a Labor Law Compliant Zone marker a few years ago because of its efforts to support the DOLE’s Labor Laws Compliance System. Today, we look forward for our FAB locators’ continuous commitment and support in our reforms on voluntary compliance with labor laws and occupational safety and health standards by adhering to DO 174-17,” Panlilio said.

The DOLE Field Offices will continue to orient the amended DO to locators from other economic zones and outside the zones in other parts of Central Luzon.