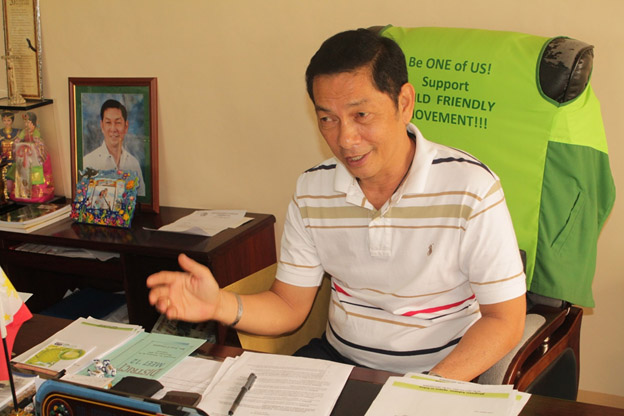 MARIVELES, Bataan – Small and longstanding businesses here are clamoring for support from the imposing Freeport Area of Bataan, which reciprocally vows to lift local industries with its record growth.

The Authority of the Freeport Area of Bataan (AFAB) said it expects to lure more global investors and that its increasing number of foreign locators will subsequently benefit small and medium enterprises (SMEs) in the area. With this influx of international investments, local businessmen called for support from AFAB by bringing their clients down in the local arena.

“When FAB has guests, they can contact us and we will provide quality services. We were told before, that local businesses will also gain from FAB’s growth,” said Jhune Lopez, owner of Seashore Restaurant that stands adjacent to the industrial complex.

Lopez, also vice chair of Municipal Tourism Council, said he is cutting corners through employing fewer people and opening in late hours, but still expressed hope for his 20-year-old seafood joint that is frequented by locals for banquet meetings and occasions.

Mariveles Mayor Jesse Concepcion said the unprecedented progress of the freeport is a boon to small and big businesses in the coastal town and voiced confidence that SMEs will be able to ride on the waves brought by foreign investments. “FAB’s growth is very much appreciated in Mariveles, from small to big businesses. I would like that everyone in Mariveles would have a better living,” said the three-termer Concepcion.

According to AFAB, the number of locators in the freeport increased to 93 in 2014 from only 39 in 2010, when it took over operations from the Bataan Export Processing Zone. It downplayed concerns that SMEs will be marginalized with the growth of FAB and the integration of the Association of Southeast Asian Nations market which will open freer trading between countries.

“We see that SMEs would find niches in at least serving the bigger players to also experience the benefits of liberalization, which in the case of the FAB is to cater to the higher end products at the right price,” AFAB Chairman Deogracias G.P. Custodio said.

Custodio set for an example that as a result of manufacturing activities inside FAB, there are SMEs already looking at supplying zippers and other components for the high-end bag products. AFAB, he added, wants to assure that the multiplier effect of investments in the freeport will not only effect more jobs but also bolster the local economy of Mariveles and the province of Bataan.

Envisioning to be the country’s freeport of choice by 2020, FAB is the emerging fashion manufacturing hub of the Philippines as it possesses a budding cluster of companies that produce high-end brands of garments, apparel, shoes, bags, and jewelries, among others.