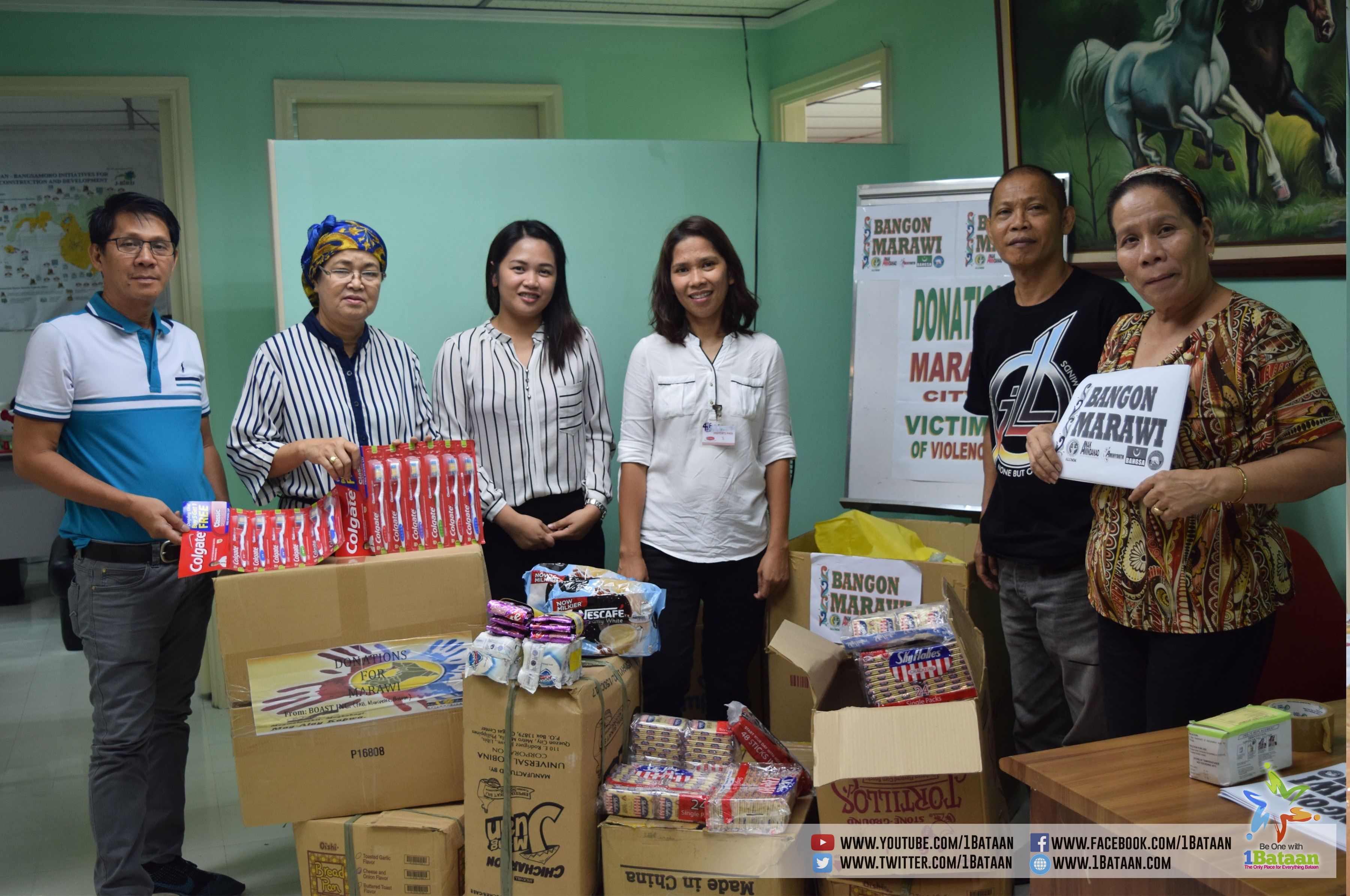 The Authority recently collected donations from the FAB-registered locators to provide basic goods and food for the relief operations in the stricken areas. The relief operation program was made under the One with Marawi and Bangon Marawi campaign of ARMM.

“As part of the AFAB’s corporate social responsibility programs, we at the Authority work hand-in- hand with the locators to gather donations for the victims of the clash in Marawi City. We are committed in helping the victims and giving back to the people,” AFAB Chairman and Administrator Emmanuel D. Pineda said.

“We hope that by supporting the One Marawi campaign, we can further develop the principles of patriotism among us and the Filipinos,” the chairman added.

Export-quality shoe manufacturer Boast Inc., on the other hand, encouraged its workers to donate for the affected families. Their collected donations include hygiene kits with toothbrush, toothpaste, napkins, body soap, shampoo, cotton and band-aid. Boast Inc. workers gave instant noodles, canned goods and other food items for the victims of the clash. The company also donated 1,000 pairs of shoes manufactured at its FAB production plant.

Meanwhile, Grand Innovasia Concept Corp. (GICC) gave 20 pieces of 10MW and 30MW solar panel with 42 pieces LED lights and batteries to the affected families and local government unit of Marawi City. GICC, which houses business process outsourcing firms, hopes to provide source of power to the facilities that were completely destroyed due to the Marawi City siege.

BAGSPC, the producer of hand-made luxury bags exported in Japan, also donated boxes of bottled water to support the One Marawi campaign.

All the donations were delivered in five batches through the ARMM Manila Liaison Office and Bangon Marawi Donation Drive.

The FAB is the emerging fashion manufacturing hub of the Philippines, as it possesses a budding cluster of companies producing high-end brands of garments, apparel, shoes and accessories, like bags, jewelries, among others. Its vision is to be the Freeport of choice in the country by 2020, becoming a center of trade, innovation and sustainable development in Asia and promoting work-life balance, global competitiveness and environmental protection.