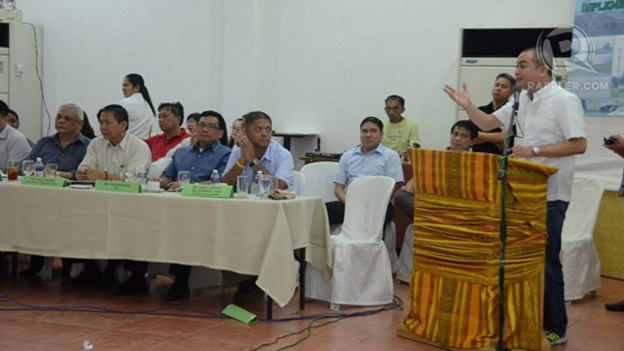 RA 10516 maximizes the use of the land which has only accommodated 3 companies since 1995 due to its exclusivity to petrochemical plants.

Acol said they would be able to complete the IRR next month.

Garcia, author of the measure, said in a statement sent to Rappler that “the problem of the industrial park is its own charter which had allowed only petrochemical companies to operate.”

“It was exacerbated by the low demand for petrochemical products, competition from other companies, and the huge capital needed for establishment and operation.”

“This (expansion) is a calculated move that hopefully will entice more locators to the industrial park. Of course, more locators will spur economic activity in the area, create jobs, and reverse the losing condition of the park,” Garcia explained.

“This law is the next big thing in Bataan. Very soon, energy companies and other industry players will locate in the PNOC industrial estate which means economic development for Bataan and additional jobs for the people of the province,” he added.