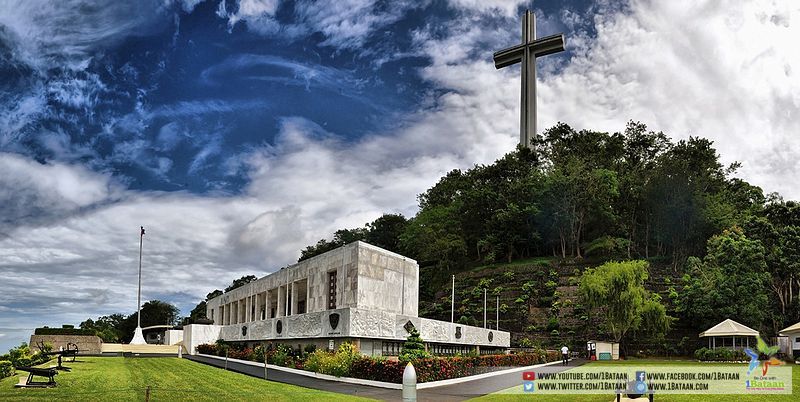 PILAR, Bataan – Some multinational tourism-oriented entrepreneurs are expected to contribute their expertise and financial resources in the sophisticated transformation of historic Mount Samat National Shrine of Valor into a world-class memorial site and principal tourist destination in Central Luzon.

Garcia said that the formal declaration coincides with the 75th commemoration of the Araw ng Kagitingan on April 9, this year, which upholds the enthusiasm of great courage and nationalism in the hearts of the younger Filipino generation to have an appropriate memorial to the heroic struggle and sacrifices of the Filipino and American soldiers who gave their lives in preserving the last ditch of freedom in the sacred ground of Bataan peninsula.

Mount Samat Shrine Tourism Enterprise Zone (MSSTEZ) as a flagship project of TIEZA under the Department of Tourism (DOT), the second of its kind next to Luneta Park in Manila, is focusing on upgrading the existing facilities and identification of 170 hectares out of its total land area of 1,600 hectares as a tourism enterprise zone where investors are entitled to non-fiscal and integrated local and national tax incentives while preserving the sanctity of the shrine.

Govenor Garcia said that the Mount Samat National Shrine is one of the five (5) locations in the country chosen as tourism enterprise zones that would be granted numerous financial incentives, infrastructure, power and other facilities and other support from concerned agencies under the Republic Act 9593 or Tourism Act of 2009.

Citing the integrated master development plan, Garcia added that the document which would open great potential for locators to work for the incorporation of Mt. Samat into Manila to Corregidor Island tourist itinerary via the ferry boat service would further provide unforgettable experiences for tourists to reminisce the heroic tales of war veterans of the island fortress to the Bataan peninsula.

According to Governor Garcia, local and foreign visitors would certainly enjoy and relax with the expansive panoramic view atop Mount Samat Shrine of Valor of the verdant peninsula and its fantastic environs with a glimpse of majestic Manila Bay and the island fortress of Corregidor since it is located at the heart of the province which is fast emerging into an eco-tourism park business friendly community.

Architect Christina Banzon Enriquez, Bataan provincial tourism officer, said the Bataan Tourism Council Foundation Incorporated (BTCFI) chaired by Mrs. Vicky S. Garcia has manifested that the long-range expansion scheme is a major key for an efficient and effective formulation of marketing strategies to draw about two (2) million visitors yearly to the historic peninsula which is now becoming an engine of growth to dollar-earning travel and tourism industry.

Enriquez explained that the rehabilitation and improvement of existing establishment of leisure-type amenities and exceptional structures comparable to the internationally-acclaimed standard set for World War ll museums, center for World War ll studies and memorials in other countries will be packaged as educational and heritage tourism attractions.

She mentioned the proposed construction of a Swiss model, high-speed and high-capacity four kilometer cable car worth P 600 million and implementation of mixed-use commercial structures with restaurants, bars, retail shops, offices and hotel and residential units are added features to make Mt. Samat National Shrine an attractive tourist destination in the country.

Department of Tourism (DOT) records showed an average of 140,000 foreign and local tourists reportedly visit the Mt. Samat National Shrine yearly, however, a large number of them complained of lack of decent dining and lodging places as well as souvenir shops, retail stores for basic supplies and spending facilities near the shrine site.