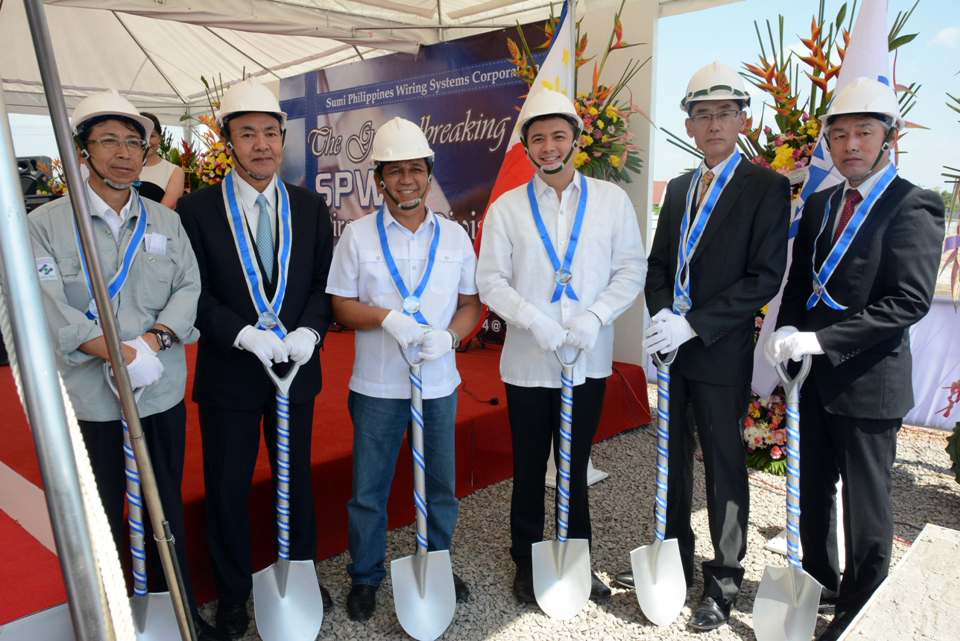 The first SPWS plant facility in Hermosa started in 2011 which became operational in 2012 and presently employ more than three thousands of workers.

Recruitment for more workers in this Ecozone continues not just for SPWS but for a number of locators who recently pour their investments in.

Mayor Malana, on the other hand, expressed his gratitude to SPWS for giving its trust and confidence to Hermosa for hosting again the company’s upcoming wiring harness plant.

Malana also acknowledged the big economic impact of the company not only for the people of Hermosa but the whole province as well.

He also mentioned that the municipal government is now coordinating with the Department of Public Works and Highway’s Road Board for the provision of an overpass in front of the Ecozone’s gateway as a traffic measure to ensure its workers road safety.

The new plant is expected to be completed in October 2014 and will be operational on April of 2015.