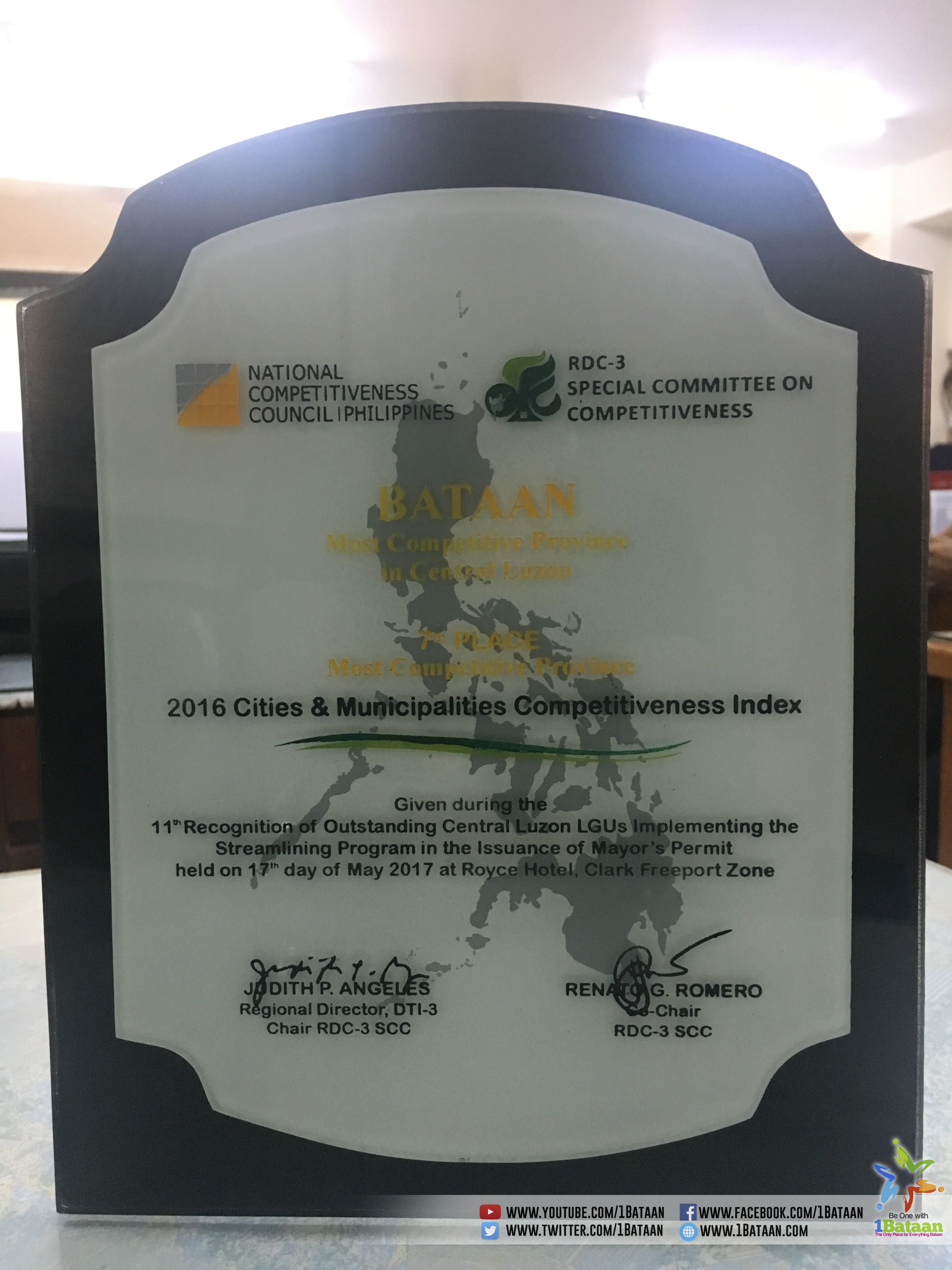 CITY of BALANGA, Bataan – The Province of Bataan was ranked 1st in Central Luzon and the 7th Most Competitive Province in the Philippines by the National Competitiveness Council (NCC) for 2016.

The NCC is a public-private sector organization mandated to promote and develop national competitiveness strategies. In its aim to strategically map out how to make cities and municipalities more competitive vis-à-vis ASEAN cities it utilizes the Cities and Municipalities Competitiveness Index (CMCI) as a tool for the local government units (LGUs) to evaluate their competitiveness as well as improve their performance and attractiveness for investments. The LGUs are ranked based on the following indicators or measurements: Economic Dynamism, Government Efficiency and Infrastructure.

The Regional Development Council – III Special Committee on Competitiveness grants on the regional level special citations to the cities and municipalities that were included in the 2016 CMCI Top 10 ranking across the nation.

In a related development, two House Bills (HB) authored by 2nd District of Bataan Representative Jose Enrique Garcia III has been approved by the joint House Committees on Economic Affairs and Trade & Industry.

Said Bills are HB 4106, or “An Act further strengthening the powers and functions of the Authority of the Freeport Area of Bataan (AFAB) amending for this purpose Republic Act 9728 otherwise known as the Freeport Area of Bataan Act of 2009” and HB 4462 or “An Act Converting the Government Arsenal located in Camp Gen. Antonio Luna, Lamao, Municipality of Limay, Province of Bataan into, and creating and establishing the Special Economic Defense Zone (SpEDZ), creating for this purpose Special Economic Defense Zone Authority (SpEDZA), appropriating funds therefor and for other purposes.”